How to spread winter salt 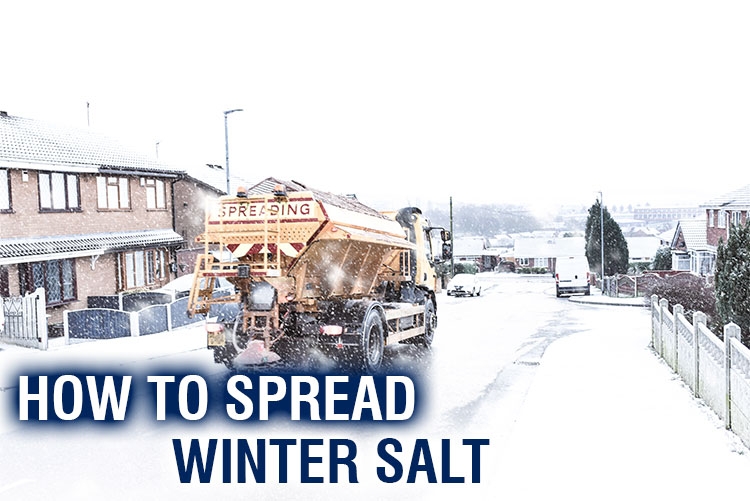 Rock salt and grit is used during the winter months on roads, in public outdoor spaces and around business premises and homes to minimize the risk of accidents and injuries due to slippery surfaces.

To help you spread your rock salt/grit effectively we’ve put together this helpful guide.

Rock salt is used because it has a lower freezing point than water. By spreading rock salt onto a road, path or driveway it reduces the chances of moisture freezing on the surface. In sub-zero temperatures any water on areas which have not been treated will freeze and create an unsafe surface for vehicles and pedestrians.

Spreading rock salt ensures that the areas around homes and businesses are safe, ultimately reducing the chance of people slipping, tripping or falling. If you are a company with a building which has land and access areas to your building, it is your duty to make the area is safe for your employees.

The Health and Safety Executive state:

“Employers have to ensure that their employees and anyone else who could be affected by their work (such as visitors, members of the public, patients etc) are kept safe from harm and that their health is not affected.”

More details about winter safety in the workplace can be found on the Health and Safety Executive website.

The optimum time to use rock salt is before a frost or snow is forecast, as this will then help to prevent the ice forming on the ground and prevent snow from settling.

Rock salt can also be spread on top of snow after it has settled to help the snow melt or weaken the structure allowing it to be moved much more easily.

Our rock salt is supplied in 25kg bags for easy handling, with the average winter requiring around 40 applications.

If you need to treat large areas use a salt spreader. There are various different models available, from handheld spreaders, push along spreaders even motorised ride on salt spreaders. These machines allow you to spread rock salt at different rates quickly and easily.

Why not take a look at our Heavy Duty Grit Spreader to help with your winter preparations? 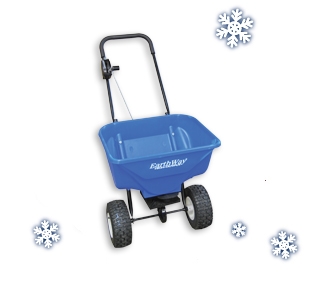