With the UK’s unpredictable weather, you can never be too prepared for a sudden drop in temperatures!

Rock salt or ‘grit’ as it is more commonly known, is widely used across the country to treat roads, pavements and public places in order to prevent frost from forming on the surface.

Here is our guide to what rock salt is, when it should be used and how you much you should spread.

The main reason rock salt is effective is because it has a lower freezing point than water. By spreading rock salt onto a road, path or driveway, when vehicles or pedestrians manoeuvre over it, the crystals crush and spread across the ice. This causes a reaction between the water molecules and rock salt which prevents ice developing.

There are two types of rock salt, brown grit and white pure salt, both have their benefits. Brown rock salt is a drier form of grit which enables easier spreading. It is also a cheaper form of rock salt and has a lower carbon footprint compared to pure white rock salt. Although grit gives good grip it can make floor coverings dirty.

The benefits of white rock salt are that it is a cleaner product. It does not leave a dirty residue after use and will not stain paving or floor coverings when entering a building. Generally, it is a more aesthetically pleasing form of grit, that is recommended for use next to main entrances to buildings, such as large office buildings, shopping centres, residential paths and driveways.

The best time to use rock salt is before freezing temperatures are forecast, therefore preventing the snow and rain from freezing. Spreading rock salt before the cold temperatures hit will also save on the amount of rock salt needed to make surfaces safe.

For the most current and accurate weather forecasting check out the Met Office website.

The amount of rock salt to use varies depending on the temperature and location. For example, steep hills and sharp bends will benefit from more rock salt compared to flat and straight roads.

However, as a rule, we recommend that 10 – 15 grams of rock salt are spread per square metre. This amount can increase to 20 – 40 grams if weather conditions are more severe or if rain has fallen before freezing temperatures are predicted, as rainfall will wash away the rock salt.

Check out our range of winter salt! 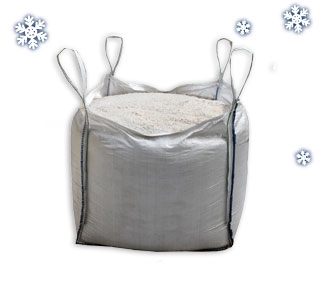 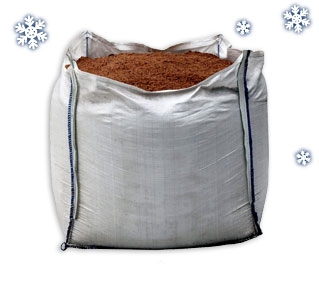